Continuing the blog series accompanying the gene.iobio version 2 release, we will discuss how to choose between the GENCODE and RefSeq transcript sets and then different gene transcripts within each set. There are a lot of interesting discussions on the effects of using one or the other gene set. For example, this paper has a more detailed discussion on the two sets, and this paper discusses the differences between functional annotations achieved using different software and transcripts.

How do I select a set?

Before looking into some details about the two gene sets, let's first see how to choose which gene set to use.

Click the gene set selector wheel to select between the GENCODE and the RefSeq sets and then use the transcript selector to select the desired transcript.

Some details about the two gene sets 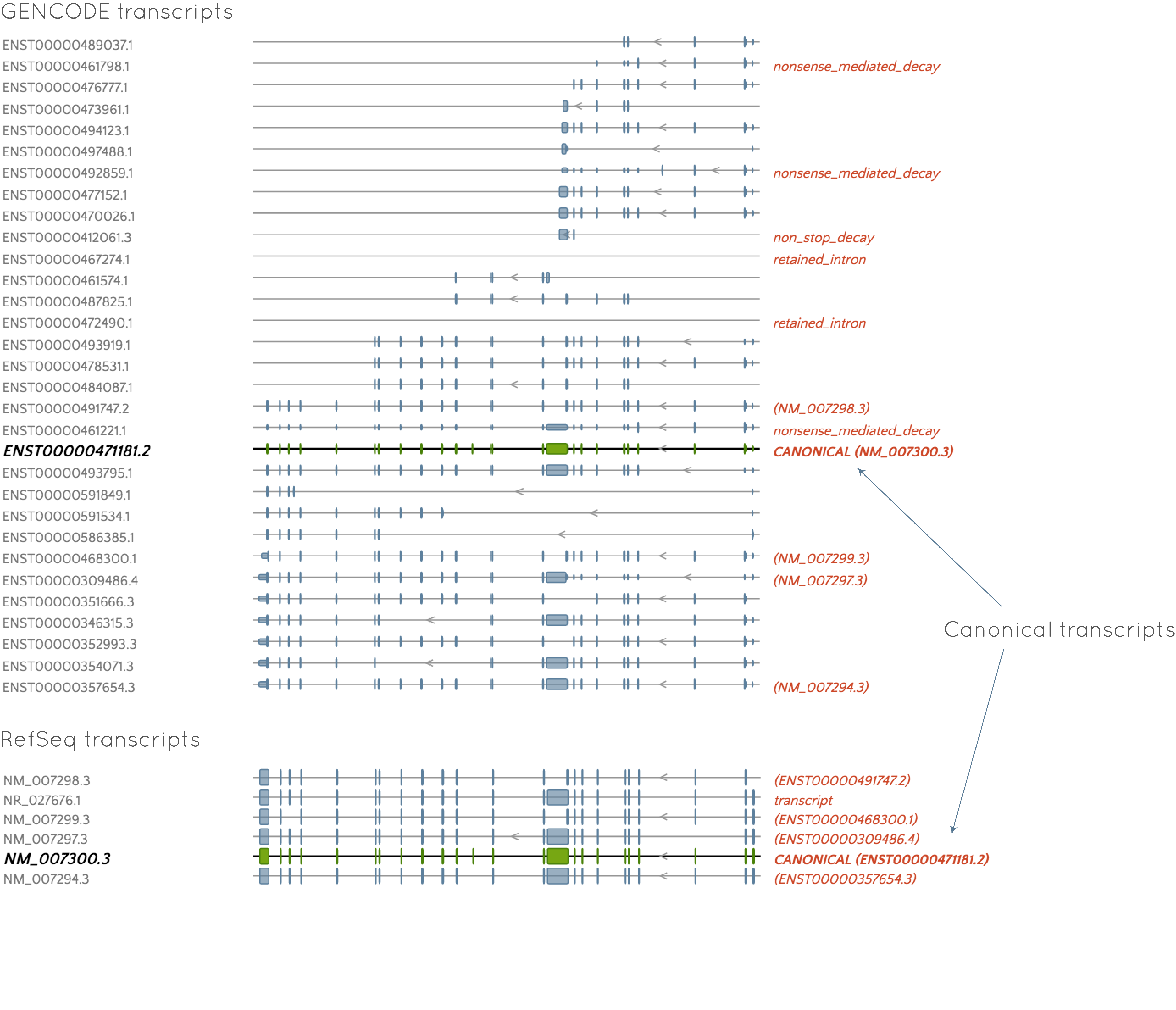 So which set should I use?

It may be that the your lab uses a particular set of transcripts and has good reason for the choice, so it is probably a good idea to use what your lab/collaborators use. If you want to see more transcript options (including, e.g. pseudogenes), GENCODE would be the better choice for you. In the absense of additional information, we recommend using the canonical transcript.